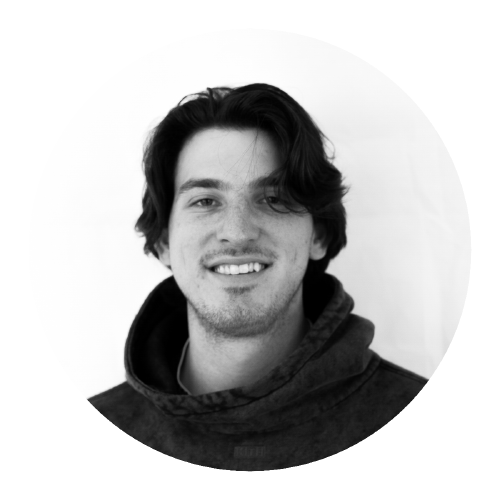 The Paradox of Pain

As someone who grew up in a small town in the southeastern United States, accepting the beliefs of Christianity came easy. Drive down any highway in Alabama and you’ll likely be able to see a church on the horizon in either direction. There are reasons for that region of the country to be dubbed the Bible Belt. No one ever asked me to question what I believe or why I believe it. No one challenged me on Jesus being our Lord and Savior. No one asked hard questions; we all assumed everyone agreed. When someone finally did confront me, I wasn’t prepared.

I now understand the value attached to defending my faith. James teaches us that the testing of our faith produces steadfastness. As my faith and beliefs are tried and tested against worldly wisdom, they substantiate. What James said is true. Hard questions, I’ve realized, are nothing to be afraid of, but should be embraced. I’ve realized that being prepared doesn’t mean having a rebuttal for all arguments but instead knowing and standing on the truths within the Word of God.

In your hearts honor Christ the Lord as holy, always being prepared to make a defense to anyone who asks you for a reason for the hope that is in you; yet doing it with gentleness and respect...

Perhaps the most common objection to the Christian faith is what Ravi Zacharias coined as the Trilemma. The God of the Bible claims to be a God of love and justice. Additionally, scripture says that everything of the world is under His direct control. If these two assertions are true, an earth void of suffering and injustice only makes sense. Where, then, is God amidst the world’s pain and injustice?

On the surface, this seems to be a valid challenge to Christian beliefs. Old testament authors like Jeremiah, Habakkuk, and Job wrestled with the Lord as His timing and goodness didn’t match their expectations. Every generation has questioned the Lord’s goodness as unforeseen circumstances arise. Though one might truly believe who God says He is, there is still a struggle. Pain is existential; it’s real, and, in the moment, it’s the worst-case scenario.

It’s easy to implicate the fall of man when human beings act unjust or bring harm to the innocent. Greed and pride are unfortunate — yet logical — consequences of the fall. However, when natural disasters wipe out God-fearing individuals or innocent children, it becomes very hard to not question what the Lord is doing.

In my finite amount of wisdom, I’m not entirely sure of the answer, either.

In Mark 5, Jesus crosses a sea and comes to the country of Gerasenes. There he meets a crazed man with many demons living inside of him. This man was known as uncontrollably wild and unkempt. Jesus easily rid the man of these demons. He then accepts the Lord into his heart and becomes the first Christian missionary. Most people read this and stop there; but what Jesus does with the unclean spirits is quite interesting. Jesus sends them into a herd of 2000 pigs, all of whom immediately run off a cliff. The Lord didn’t seem to have the pig farmer in mind, huh? Can you imagine?! The farmer gets home, his wife asks him, "How are you doing, Honey?” and he has to say, “Yeah, everything was great until all 2000 of our pigs ran off the cliff. But other than that, it was a pretty uneventful day”. We know that Jesus has just as much love in His heart for the farmer as He did for the manifesting man; but, that day, it sure didn’t appear that way.

Was the pig farmer being punished for past sin? How does this represent a loving God? When the Psalmists proclaimed God’s goodness, what were they talking about? These are good questions! God wants you to bring your confusion and emotion to Him. The pig farmer probably confronted God with quite the argument that night, and probably for a while after that.

For the LORD corrects those he loves, just as a father corrects a child in whom he delights.

We must lay down our presumptions and expectations when it comes to our God doing what we think is good. This is difficult but so necessary. Perhaps, in God’s infinite wisdom and understanding, He allows hardship to arise for our benefit. Perhaps the pig farmer needed a wake-up call. Perhaps he was called to run the world’s best vineyard and he had the best land for grape growing in the entire world. Perhaps he never would have pursued his true calling had his livestock not been taken from him entirely. Perhaps we need to recognize that we are not the ones with infinite wisdom and understanding. Perhaps living a life with no hardship is less rewarding and growing than one with discomfort.

Consider someone with CIPA (Congenital Insensitivity to Pain with Anhidrosis), a condition that keeps the afflicted from feeling pain. They are unable to feel stove burners when they get hot, bee stings, broken bones, etc. They could be suffering from intense infection but never be aware of it. The pain that they should have felt would have signaled that something is wrong, that something needs to change.

I theorize often that life would be better without pain, but those with CIPA say otherwise. According to those afflicted, the problems associated with the condition outweigh the blissful ignorance to pain ten-out-of-ten times. What is more, seasons of a healthy person’s life that are filled with pain are often looked at fondly, in hindsight. Time and time again, I’ve heard friends, family, and acquaintances recounting hard times only to conclude with “But honestly, I wouldn’t have traded that for the world”.

That’s the paradox of pain.

Even when the grass looks greener on the other side of the fence; when pain is present in my life, I will be shouting this prayer from the rooftops up to our sovereign God:

I lay down my expectations of the present moment and choose to stand on the truth of scripture. I admit that I may be wrong in thinking that I know what’s best for the world. I open myself up in humility to receive correction, Lord Jesus. I will continue to confront You, Lord. I will continue to bring all of my emotions to you when troubles arise. And I will reflect and give thanks for all Your goodness I notice in hindsight. You have equal love for the man in need of healing, the pig farmer, and me. How Your correction manifests is up to You, Lord. I choose to believe that You’re a God who is for me. Amen.